Blog: The Growth of Orphan Drugs

In 1983, the Orphan Drug Act was enacted to incentivize pharmaceutical manufacturers to research and develop treatments for rare diseases and conditions, which are generally defined as those that affect fewer than 200,000 people. Since this law, the industry has seen a boom in efforts to treat roughly 30 million Americans who suffer from more than 7,000 rare diseases.

Under the Orphan Drug Act, manufacturers can receive a number of benefits, like a 50 percent R&D tax credit, clinical trial subsidies, waived or reduced regulatory fees, and for the first drug sponsor, eligibility for seven years of market exclusivity after receiving marketing approval. The act has generated so much positive impact that it encouraged similar legislation in Japan in 1993 and the European Union in 2000.

This industry is only expected to continue on its path of rapid expansion: new market opportunities are growing as technology improves, untapped economies emerge, and experts explore novel indications for known drugs.

Since the Orphan Drug Act was enacted, the U.S. has seen the approval of more than 600 new rare disease drugs. Due to their specialized nature and niche applications coupled with small patient populations, these drugs have grown to become the priciest in the market. In fact, the top 10 most expensive pharmaceuticals are used to treat rare and ultrarare diseases. For example, Endpoints News reports that Horizon Pharma’s Ravicti for urea cycle disorders leads the group, with a list price of roughly $793,000 per year.

EvaluatePharma predicts an annual sales growth forecast of 11 percent – more than double the predicted rate for conventional drugs. This growth, coupled with general willingness of payers to participate in the market, is leading to a predicted sales tag of $209 billion by 2022. Excluding generic drugs, orphan drugs are set to comprise 21.4 percent of global prescription sales by the same year.

According to EvaluatePharma’s report, the five top-selling orphan drugs in 2016 were: 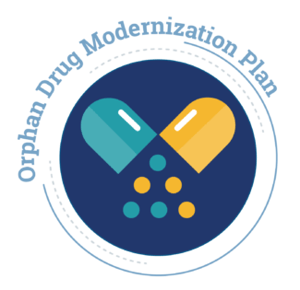 On June 29, 2017, the U.S. Food and Drug Administration announced the Orphan Drug Modernization Plan to eliminate the agency’s backlog of roughly 200 open orphan designation requests. In 2016, the FDA’s Office of Orphan Products Development (OOPD) received an incredible 568 new designation requests, which totals more than double the number of requests in 2012. The two-part plan aims to eliminate the existing backlog within 90 days while ensuring that new requests are responded to within 90 days of receipt.

Currently, the FDA provides a number of vouchers, grants, and programs to stimulate the industry, including:

The Future for Rare Diseases

With high incentives, growing patient populations, and government support initiatives, the orphan drug pipeline won’t be slowing down anytime soon. In the face of high costs, experts predict that an increasing number of payers will push back, while consumer advocates argue that treatment isn’t financially accessible to many patients. For those who do, the boom in orphan drugs has meant growing access to life-saving treatments that may not have previously existed.

Orphan drug therapies can be challenging to manage for even the most adept and experienced specialty pharmacies. However, help is out there to boost orphan drug therapy management efficiencies and know-how.

The TherigySTM platform offers pre-configured content to help clinicians guide patients through the continuum of care, advise on comprehensive treatment protocols, collaborate on patient care plans, manage reimbursements, and compile safety and efficacy information as the industry’s knowledge base evolves.

To learn more about how Therigy can help your specialty pharmacy better manage orphan drug therapies, contact us for a demo of the TherigySTM platform.