Specialty pharmacy is exploding, and it’s not just in the States. While the U.S. is a global leader in specialty drug development and accessibility, market analysts are seeing unprecedented growth even in emerging and underdeveloped markets. Specialty medicine spending continues to increase quickly in developed markets, approaching half of all medicine spending in the U.S and EU5 (European Union Five: France, Germany, Italy, Spain, and the UK).

QuintilesIMS’s report Outlook for Global Medicines through 2021 predicts that specialty medicine innovation and the adoption of breakthrough medicines will lift global medicine spending from 30 percent in 2016 to 35 percent in 2021, with a total growth of four to seven percent compound annual growth rate (CAGR). Currently, the global leaders in specialty pharmacy include the United States, the European Union (EU), and Japan.

Let’s examine the state of specialty pharmacy beyond our borders, and some considerations for the future of the industry. 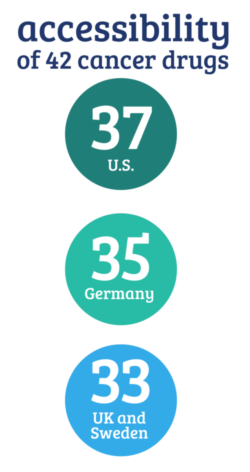 Specialty Drug Accessibility Around the World

Access to specialty pharmaceuticals varies immensely as you travel the globe, depending on several factors that make a country developed, “pharmerging,” or underdeveloped. For example, QuintilesIMS Institute’s Global Oncology Trend Report examined the 42 cancer drugs launched between 2011 and 2015.

Here are some key findings: 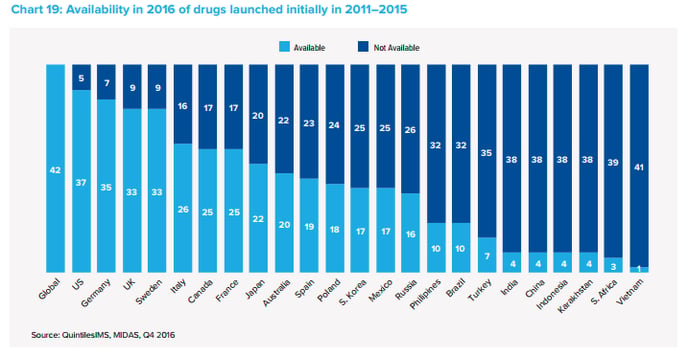 On the Lookout for “Pharmerging” Markets

It’s estimated that by 2021, 55 to 60 percent of global medicine consumption will come from pharmerging markets. Pharmerging markets are categorized into three tiers. Tier 1 includes China; Tier 2 includes Brazil, Russia, and India; and Tier 3 includes Poland, Romania, Argentina, Turkey, Saudi Arabia, and 12 other countries. While these markets are growing rapidly, big pharma may still encounter difficulty entering these markets for a few years, as lower-cost generics are leading growth.

Tim Anderson, analyst at Bernstein & Co., wrote in a note to investors: "Despite being a lower margin business (margins are about half that of developed markets), multinational drug companies are more than covering their costs… Their collective commercial presence in [emerging markets] sets the stage for the longer-term, gradual, yet inevitable shift from older off-patent medicines to more lucrative, novel, on-patent medicines."

Technavio reports that the top five pharmerging vendors are:

How Specialty Drugs Are Regulated

In the EU, the main regulatory agencies for specialty pharmaceuticals are the European Medicines Agency (EMA) and the European Commission. Additionally, each country has its own agencies that enact and enforce strict laws for managing drugs and pharmaceutical stakeholders. 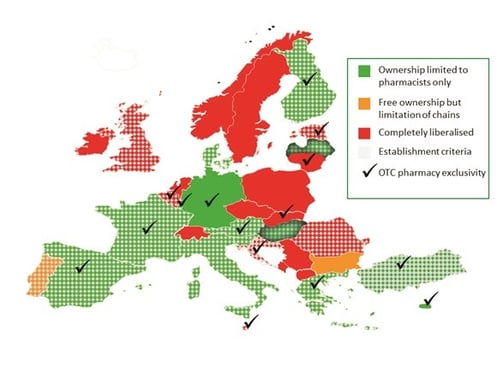 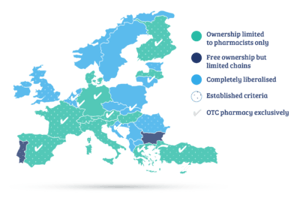 The EU’s first biosimilar legislation was introduced in 2005, and the first biosimilar was approved in 2006: the recombinant human growth hormone somatropin. Since then, the EU has maintained the world’s highest number of approved biosimilar drugs, along with the most extensive guidelines and experience in use and safety. Within the EU, Germany leads.

In May 2017, the EMA and European Commission released a new information guide in response to healthcare professional requests. The guide aims to equip professionals with science and regulation information that underpins biosimilar use.

Other leaders in the biosimilar space include the U.S., Australia, Japan, South Korea, and Canada.

Keep up with pharmerging market trends with the specialty pharmacy experts at TherigyConsulting™.